🔥 Want to try Smell Good Guys®? — Save 20% on your first order with the code “firstorder“ 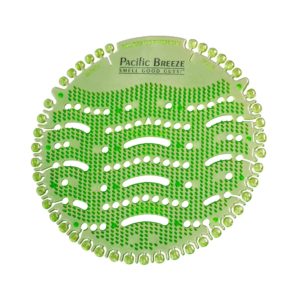 The Odor Fogger’s unique blend of ingredients will attack both airborne odor-causing agents and those found on or embedded in the many surfaces within the treatment area. Believable dispenses as a fine, penetrating mist that chemically breaks down malodors, leaving the area smelling clean and fresh.

Questions? Request a Call Back

A representative will contact you as soon as possible.

The unique blend of ingredients will attack both airborne odor-causing agents and those found on or embedded in the many surfaces within the treatment area. Believable dispenses as a fine, penetrating mist that chemically breaks down malodors, leaving the area smelling clean and fresh.

Each 3 oz. can is capable of treating up to 3000 cubic feet in one simple application. It’s Believable Odor Fogger is effective against a broad spectrum of odors including those associated with cooking, body odors, smoke, decay, trash, sweat, urine, feces, and pet odors. It is ideally suited for use in nursing homes, school buildings, hotels, trash rooms, apartments, office buildings, and anywhere else odor is a problem.

You Can Believe in It’s Believable™ Odor Fogger!

All our senses work together to keep us rooted in what is happening in our own personal world.

If we see a messy room, most of us can just ignore it. If we hear music we don’t care for, we change the radio station. We don’t touch things that look gross, and we certainly don’t taste them!

But no one can ignore an unpleasant odor.

Aromas such as the smell of fish, burnt food and stale sweat can linger and make any room uninhabitable.

If you manage an apartment building, hotel or motel, or even an office complex, you know how important it is to keep every area looking and smelling clean.

One way to ensure that you never lose the battle against unpleasant aromas is to make using It’s Believable™ Odor Fogger a regular part of your cleaning routine.

How the Odor Fogger Works

It’s Believable™ Odor Fogger is easy to use.

It’s designed to be used both in large rooms and in small spaces.

There are any number of ways that a commercial enterprise can take advantage of the Odor Fogger.

Vomit – A patron may drink too much, or feel ill from the flu or some other disease and vomit in a room, on the floor of the main dining or bar room, or in a bathroom. Once the vomitus is cleaned up, your other patrons may still be able to detect an unpleasant aroma. A quick spray of Odor Fogger right on the spot, and that odor is eliminated.

Accidents – Pets and small children aren’t always in control of their bladders. Once urine or feces have been thoroughly removed, there’s still that odor that will waft into people’s nostrils. Odor Fogger removes those aromas. As a result, your establishment will look and smell as clean as your patrons expect.

Body odor – Manual workers who put in a full day’s work sweat. A lot. It’s not something to be ashamed of, but it’s the type of aroma that can detract from one’s appreciation of food, for example. Odor Fogger eliminates the stench of lingering body odor in small spaces so that the taste buds can look forward to a good, hot dinner.

Smoke – If your establishment allows smoking, you know how the smell of smoke clings to draperies and carpets and seemingly every other space. People who don’t smoke are extremely cognizant of that smell. Odor Fogger eliminates it.

For a large room, you simply close the doors and windows. Place a 3-oz can of Odor Fogger in the center of the space, and lock the spray trigger open. Over the course of three to four hours the Odor Fogger will gently fill the room with a mist designed to attack and eliminate such smells as emesis (that’s the technical term for vomit), smoke, food decay or powerful food smells like onions, and even cadaverine odors (if a rat has gotten into some part of the room and died).

After three to four hours, return and properly ventilate the space for 30 minutes before re-occupying. The Odor Fogger will have spread throughout the entire room, eliminating odors and leaving no residue behind, only a pleasant aroma of its own. Be sure to carefully follow the directions on the Odor Fogger label for detailed safety instructions.

The It’s Believable™ Odor Fogger is an essential tool for commercial businesses, but homeowners can benefit from this powerful odor remover as well.

Wherever there is a lingering, unpleasant aroma, there is a need for Odor Fogger!

There are no reviews yet.

We ship throughout the USA